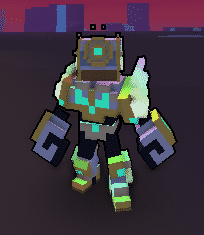 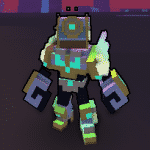 Many stories have told about a mysterious Champion of Justice that hailed from the Sky Realms. No one really knows who they were, but many believed they were blessed by the Sun Goddess to watch over the Elysians from threats that were too big for the common folk to handle, while she slept.

A simple little reskin of the Comic Hero costume, partially inspired by the Scion of Cygnus costume, albeit with some touches of my own.

There is no need to say that Trove Game is a great way to spend your leisure time. As a fan of it, you may have heard or already tried mods. With it you are able to upgrade the game and get your own personal version. All you need to do is choose the file you need and hit the Trove Mod download button. Sounds easy? We like to keep it simple. Try yourself!